Howdy, dearest Cuenicorns--I hope you haven't melted yet. We just barreled through 3 shows in 8 days--gotta keep those Terrible 2s of mine on their toes! Thanks STL, for coming out and seeing us do our thing. We had a great time and got to play with some folks we'd never played with: a pop-punk band from STL named Home & Away, a rockabilly group out of KC called The Electric Lungs who TOTALLY rock, and a newer group from around STL called Joeboy & Djibouti (their frontman was the male half of the Spot Ons).

The third show of the run was especially great for 2 reasons: we got to play with Irene Allen (holy shit you guys--that voice), and we got to raise money for a recently established non-profit in our city called Cowboy Angel Network. It was set up in memory of the late, great Bob Reuter, who can only be under-described as a great musician, photographer, radio DJ, vinyl collector and storyteller. I had the good fortune to be asked by Bob to play a Bob's Scratchy Showcase at Pop's Blue Moon a couple years back. There's an official memorial and showcase to his many forms of work coming up in the beginning of September, so if you're in or around St. Louis, I highly recommend checking it out. And regardless of where you are, if you've never heard Bob Reuter's Alley Ghost, treat yourself to a little rock'n'roll.

Speaking of cool shit going on around STL, we're back at Venice Cafe in September on the 12th. Usually we're there the first Thursday, but it just so happens to be Venice's 25th anniversary the first week of September, so stop on by there and drink to 25 years--you know they've got all kinds of cool things and fun bands planned for the week too. And then join us on the 12th along with the Psychedelic Psychonauts and Bumblebee Bob Kamoske. $3 cover, ages 21+, starts around 9 pm.

Still truckin' on recording--Mean Girl Blues is shaping up quite nicely. It just keeps growing too! The guest list is at 10 different musicians, including of course the Terrible 2s Dave & Steve. More to come!

-Suzie Cue
Posted by Suzie Cue Music at 3:06 AM 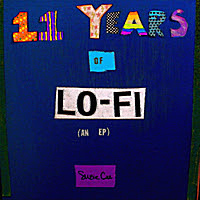